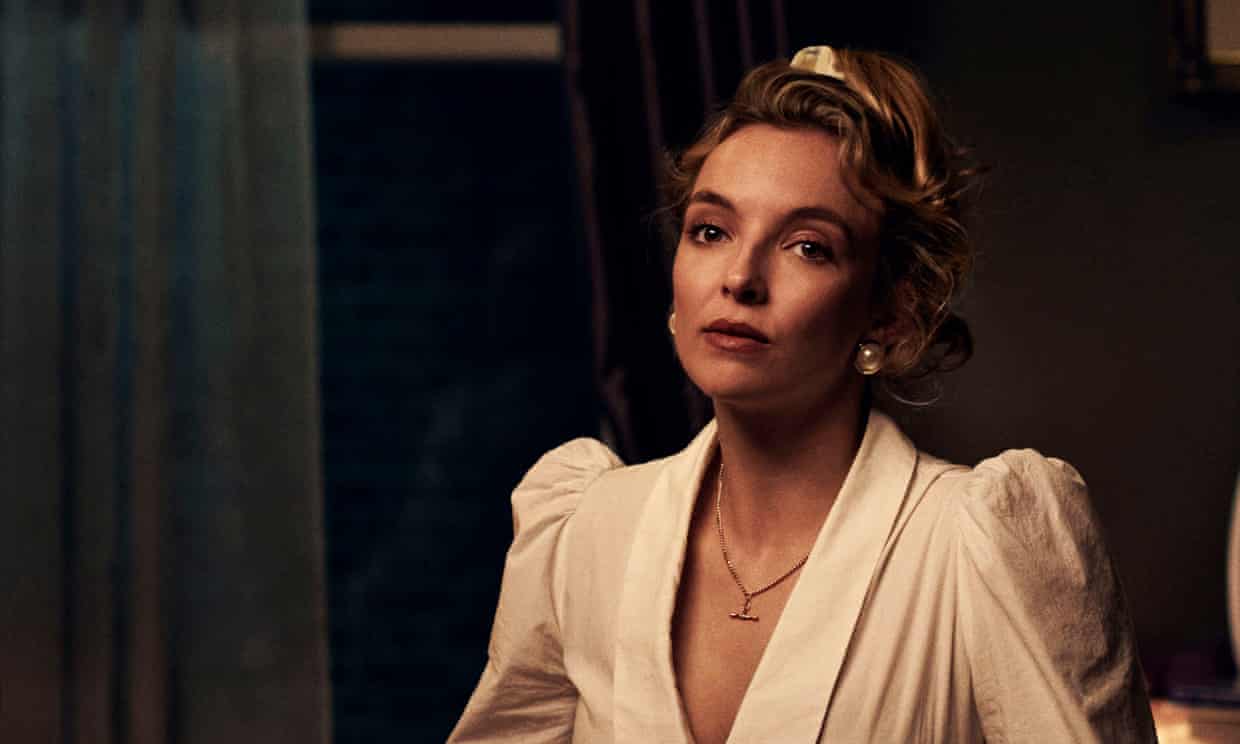 Article from The Guardian.

The star of Killing Eve is appearing in a new version of one of Alan Bennettâs classic 80s monologues. Josie Rourke explains what it was like rehearsing just using FaceTime

I once spent time researching a play about technology and loneliness. We interviewed a psychologist called Sherry Turkle. Turkle is based at the Massachusetts Institute of Technology, which boasts 95 Nobel laureates among its alumni.

Turkle talked about one of the ironies of video calling. This technology, which is meant to connect us, has a catch. In order to produce the effect of looking into someoneâs eyes on a video call, you need to look away from their eyes. You have to look into the camera on your computer, lifting your gaze away from their image. In order to give someone the feeling that youâre looking directly at them, you have to look into the lens.

Try it. You may experience the sensation an actor has when they look into the camera. Youâre transmitting a feeling, but whatâs looking back at you isnât a person, itâs a lens. They call it âgoing down the barrelâ, a metaphor drawn from staring down a gun being pointed at you. It has something of that awful jeopardy. The lens doesnât blink, it doesnât offer the relief of occasionally dropping its gaze.

Unlike many directors, I am lucky to have had something to direct over the past couple of months. When Nicholas Hytner phoned me to ask if I would direct Jodie Comer in one of Alan Bennettâs Talking Heads monologues, I did a little dance of joy. Not just for that wonderful combination. When lockdown fell, I was days away from opening a big West End musical. The Garrick theatre was at its fullest and loudest, teeming with actors, musicians, creatives, producers and technicians. Now the quiet was very quiet. My little dance of joy was also a dance of relief.

Where there had been big, pillowy folds of time, there was now routine. Weâd meet on FaceTime at 9.30 every morning, Jodie at home in Liverpool, me in north London. In some ways, it was like a normal rehearsal process. Every day, weâd break down one or two scenes, turning the sentences over, drawing out the character, working out what isnât said. Weâd take coffee breaks, leaving the video call running. As the days went by, we began to return to our laptops at the same time. Weâd somehow absorbed how long it took for the kettle to boil in each otherâs houses.

Sometimes, it was almost like being in the same room. There were some very loud birds outside Jodieâs window, which gave daily updates. I was planting a little garden in my back yard, and my doorbell interrupted several really astonishing moments of acting with deliveries of courgette seeds and multipurpose compost.

I did some of the stuff Iâd normally do to prepare for rehearsals. The character in the monologue â Lesley â is an actor, and I spent a few hours mocking up a CV for her. The monologue was written in the 80s (this is one of 10 remakes of the originals, alongside two new ones), so I went down the Google rabbit hole of old episodes of Minder. I searched out images of the orange nylon curtains she describes on the Crossroads set.

Some of the work is generating detail for the world Lesley inhabits. Thatâs partly to make it vivid, partly to make it memorable. The question familiar to actors, âHow do you remember all those lines?â becomes acute when theyâre learning a monologue. And this writing is packed with detail: within the 40 minutes of the monologue, she mentions 25 characters.

We did a lot of the things you would normally do in rehearsals. One Saturday, we did a hair and makeup Zoom test with the designer Naomi Donne, who talked Jodie through setting her hair in 80s curlers. We laughed, we shared stories, we worked stuff out, we progressed and realised that weâd got stuff wrong, and went back and fixed it. What we didnât do very much was look down the lens at each other. It was weird because Jodie would often find a moment of performance that was mind-blowing, heartbreaking or just really, really funny â because itâs Alan Bennett, and Jodie is really, really funny. At those times, it was almost unbearable not to be in the same room â you feel insincere clapping or whooping on FaceTime. And you canât just look the actor in the eye and go: âThat was brilliant.â

We had never met in person. Our first time in the same room was on the shoot day, at Elstree, with the costume designer Jacqueline Durran, as we went through the rails of costumes sheâd managed to draw together during lockdown. Perhaps it was because of the pressure of shooting the whole thing in one day or maybe just meeting someone in 3D that youâd only spoken to through your computer screen, but everything felt undiluted. Like that sensory overload of stepping out of the airport after a long flight.

Because of the physical distancing, there was the kind of quiet and stillness on set that doesnât normally exist. I think it was a bit off-putting to both of us at first, Jodie especially. Sometimes, you find your concentration within the noise and chatter; silence can bring a kind of reverence that makes you feel unholy. The crew kindly suggested their favourite 80s tracks, the sound team found a spare speaker, and we jumped about and danced between takes. Itâs a lot for an actor â 41 minutes of performance, five scenes in five unbroken shots. If you mess up, you have to go back to the beginning of the scene and start again. Iâm in awe of the nerve-holding. I know that people do it on stage, but itâs different on film. An audience holds you up, gives you feedback; the lens just stares steadily at you, not blinking, not breathing, not smiling.

When you watch Her Big Chance (I recommend it, but Iâm biased) thereâs a thing to bear in mind about how it was done. Itâs good to acknowledge the endeavour of achieving those five takes in that single day, and it might be fun to know a little about the preparation. But the really fascinating thing is what we didnât prepare.

In all our many hours on FaceTime, Jodie never really looked down the lens of her laptop as she did the lens of the camera on the day. We may have talked about what lines or moments were important, but whenever she looks at you â the audience â that was a thing she found on the day we shot. In rehearsals, she kept that powder dry. Looking into the lens requires her to imagine that you are there, with her, in the same room, at that very moment. As Turkle observes about our video-calls, it is easily a kind of nonreality.

It takes a very great actor look into the cameraâs unblinking eye and see you there. Itâs not the same thing as being together in the theatre â nothing is â but itâs probably the closest you will get right now to a breathing connection with live performance. Iâm insanely grateful for the lockdown directing gig and for the 9.30am routine, but most of all, Iâm grateful for that.